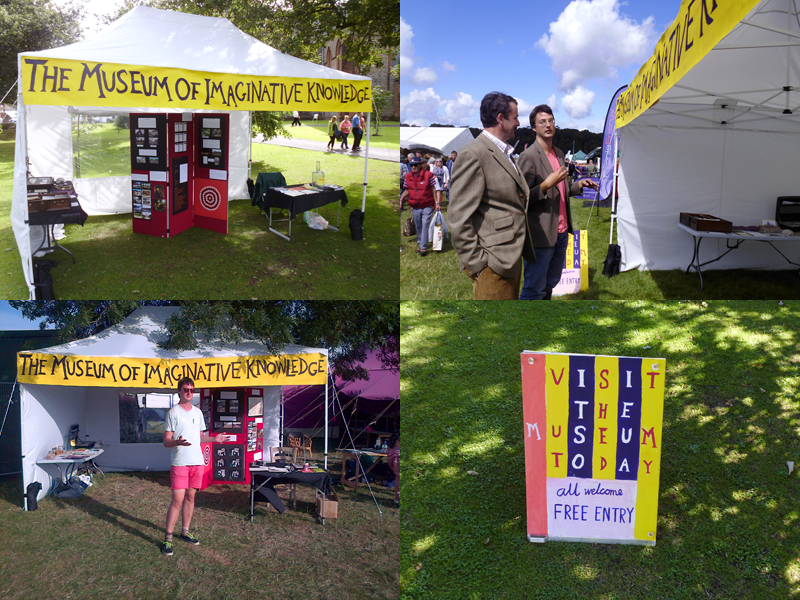 The Museum on Tour

Trying to describe the Museum's tour is somewhat pointless. In the worlds of the 18th century German explorer Wilhelm Humboldt, 'you had to be there'. Given the Museum's interest in systems and the visual display of information, I will instead provide a range of diagrams and photographs to illustrate the tour.

Where did the Museum go?

Exhibiting at these four locations, there were around 1,500 visitors to the Museum over 14 days. Outside of this schedule, I was able to carry out a variety of research into the Western Borderlands, as well as into more thematic concerns. 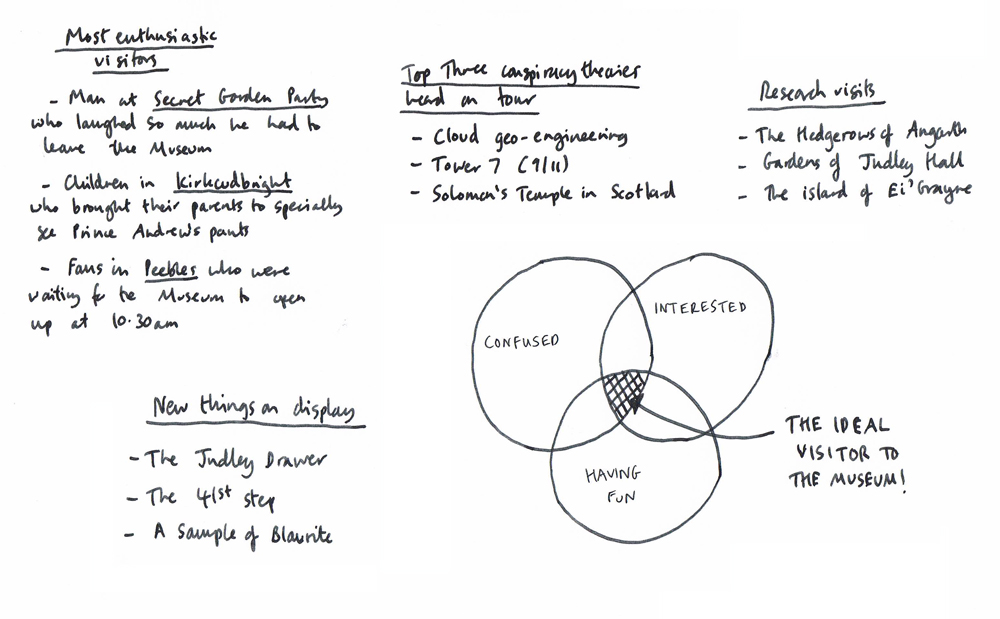 Left: The island of Ei'Grayne, right: a hedgerow near Angarth (both August 2014) 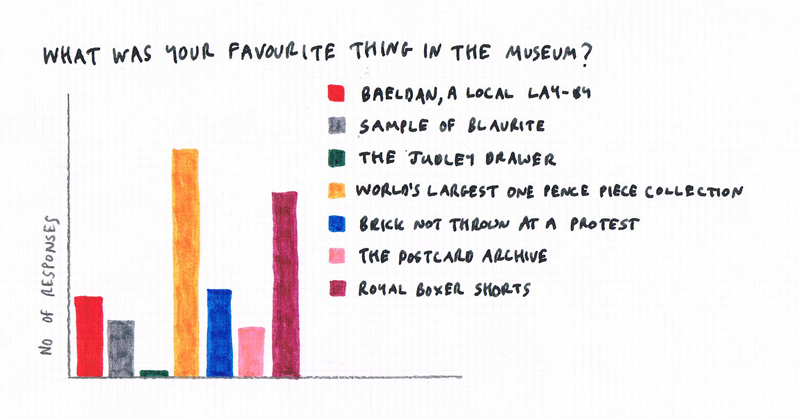 Left: Aeppeltun Isle, right: a hedgerow near Wygarth (both August 2014)