Judley Hall is a country house near Angarth, which is itself appears somewhat unremarkable compared to other similar houses in the area. Judley Hall is in a serious state of disrepair, and in this condition there is often a breakdown of time and space which allows the accumulation of objects which might otherwise be ignored or discarded. With around 45 rooms, Judley Hall has been inhabited by the same family for nearly 300 years. While the tapestries, oil paintings and taxidermy have all been sold off, there remains what is best described as 'heirloom detritus'.

Some examples of heirloom detritus include items from the Aeppletun Isle ceremony, the personal effects of members of the Judley family, handwritten notes, old maps and the contents of drawers. 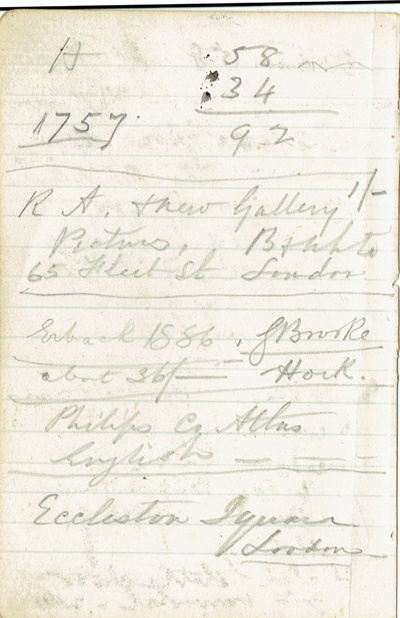 This note was found at the bottom of one of the family silver chests, and may indicate some intention to buy or sell artwork in London. 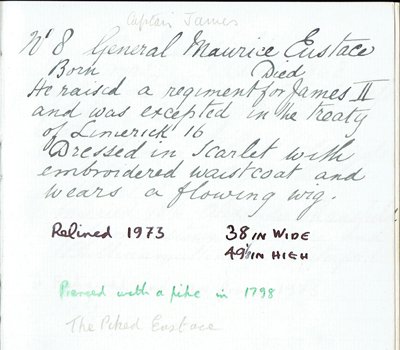 This note is more detailed, and refers to a family portrait known as the 'Piked Eustace'. Without this annotated scrap, we would know little about the painting, itself one of the last surviving family portraits in the house. 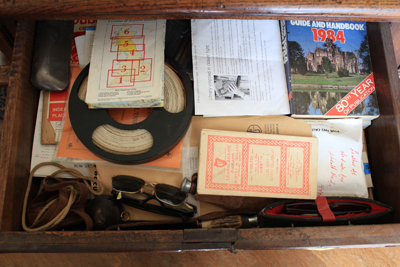 One further area of interest is the contents of drawers, of which in Judley Hall there are myriad fine examples. This one pictured contains the remnants of the family's map collection, as well as other assorted items.

A Brief History of Judley 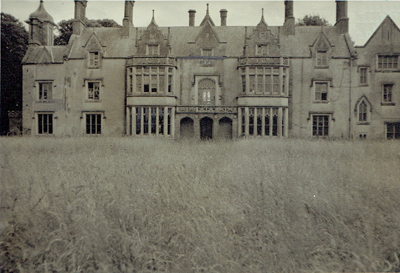 Perhaps the start of the decline of the fortunes of the Judley family can be dated to 1956, when the thirteen year-old Eustace Judley failed his entrance exams to Eton College. From that point on, nothing went well for the family, whose ancestral seat is today in the process of being sold to an American internet tycoon.

It was not always like this for the family – Eustace's grandfather Richard was the MP for Angarth and the Western Borders in the late 19th century, and successfully renovated the East Wing of the house, introducing one of the first telephone receivers in the area. Other ancestors include Tertius Judley, whose correspondence while on his Grand Tour survives with some of the artefacts he collected.

Eustace worked in London for a short time in the 1960s, before marrying Harriet Dynham in 1966. They then moved back to Judley where Eustace's father, Sir Henry, was still living. Sir Henry was happy to let Eustace take on some of the running of the estates, however he did have a fair amount of spare time and at some point in the late 1960s, set up the Angarth Archaeological Association (the AAA, he fondly called it), becoming the first (and only) Honorary President. He also took an interest in modern art, inspired by Harriet, who was a gifted painter and sculptor. She would often invite artists to come and stay at the Hall, and among the most important of these were Robert Smithson and Nancy Holt, who visited England in 1969.

It is however unclear whether Eustace influenced Smithson with his plans to recreate a 6th century hillfort in the grounds of Judley Hall, or vice versa. The resulting earthwork was made on a 1:1 scale and completed in the late 1970s. The project was however, financially ruinous, and was one of the key factors which led Eustace to have to sell much of the family furniture and art collection when he inherited the estates on the death of his father in 1982.

His son, Richard Judley (born 1971), took a more vigorous approach than his father in managing the family estate and by the early 1990s had begun several schemes to raise funds for the much needed repairs to the house. This work, was tragically cut short when he was killed by a hippopotamous when engaged in a TV fundraising appeal in Malawi in 2003.